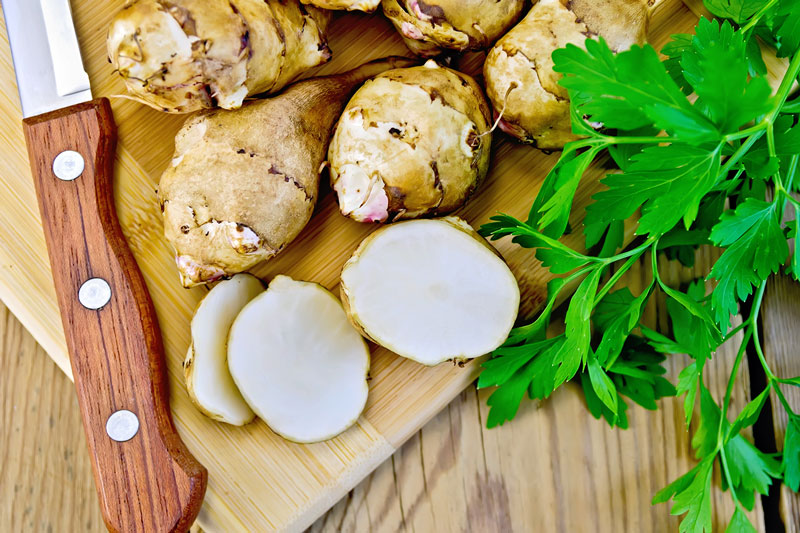 As the days are getting shorter, we spend more time indoors. In our gardens something similar is going on, most of the activity is below the surface. A newcomer that you will see at our stand on the farmers market this month is the sunchoke or Jerusalem Artichoke. The ginger like roots grow from tall stalks of small sunflowers, and are often considered the unsung heroes of the root vegetable family. The root has no relation to Jerusalem, but the Italian settlers called them by the Italian word for sunflowers, Gerisole, which was difficult to pronounce for most English speaking people, and somehow it changed to “Jerusalem”. Artichoke is due to the taste similarity. The taste is sweet, nutty and has an earthy under tone.

The root is a great potato alternative, but most restaurants have created a great diversity of dishes using this tuber. For instance in the south of Germany most of the sun chokes are turned in to a very tasty brandy called Rossler. The root can be prepared in many different ways, similar to a potato, and can be eaten raw as well. It is rich in Potassium, Iron and magnesium, vitamin B6 and C. In addition, it is a folksy remedy for diabetes. From the many recipes available, try this one! GRATIN OF JERUSALEM ARTICHOKES